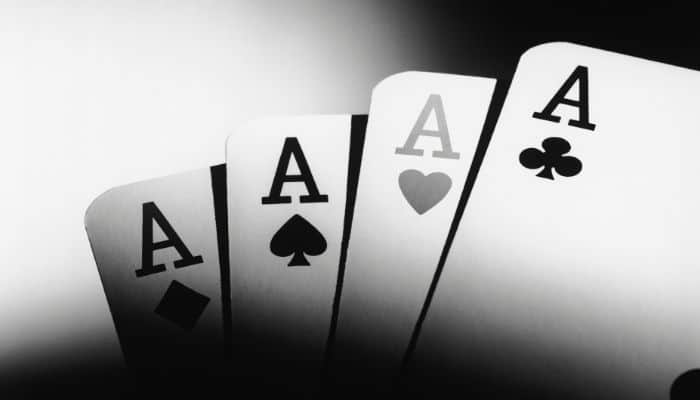 Poker is a game of table cards that is popular all over the world. Over the years, it has adapted to different places, cultures, and uses. In this article, we will talk about different types of poker and how to play each of them.

The variety of this game is wide, although the original game is known as 5 Card Draw, from which other different types have emerged. Poker is a game not only practiced by people in their private lives as a hobby, but some people are professionally dedicated to earning a living playing and winning poker games.

Gambling houses offer a wide variety of poker rooms, whether in the physical or online world. In recent years the online world has revolutionized everything previously known as real gambling, opening up a multitude of online casinos that allow players to maintain poker games while they are in their own homes.

In the virtual world, the best known and practiced poker game is Texas Holdem. In this article, we will analyze the different types of poker and briefly explain what each of them consists of, but first, we will give a few strokes on what precisely this board game consists of.

In poker, you can play three different types: No-Limit, Limit, and Pot Limit. These are values that set the maximum limit that each player can bet on each game. The most common thing, and also the most popular thing in tournaments, is unlimited poker because it attracts players for the excitement it entails.

It is the main and most popular mode of this game. It emerged in the 1970s, but its ultimate explosion took place when poker was popularized online. Players must carry out swift and Furious actions.

The aim of the game is for the player who ends up with the best hand to win the pot. If two or more players have won, the benefits will be shared between them. They can play from 2 to 10 players in the same game.

It is the most classic and traditional poker mode that exists. In short, it is the game of all life, which all poker lovers have known for being the most typical. It is well known because of the large number of audiences that play it, and it is the kind of poker from which different varieties of the game have emerged over the years.

It is a kind of poker that is similar to Texas Hold’em Poker, but that has individual differences between them. Players receive four poker cards instead of two, and each player’s hands must be made from two cards in hand and three community cards.

The player is always obliged to play two of his four cards and three of the five shared cards that are uncovered in the center of the table. It’s a prevalent poker mode played in different parts of the world.

Stud Poker is less standard than the above mentioned, especially for those players who are fond of this game. It differs in that there are no community cards, but each player will have before him a series of Cards where some will be uncovered, and others discovered.

Within this kind of poker, we have to differentiate the following two modalities that we will define below.

In the end, each player has to have three cards covered and four cards uncovered so that betting rounds are made, namely five rounds if you reach the end.

In the end, in the last round, when the player has five cards, one uncovered and four covered, the cards are shown, and the player with the best combination wins the game.

It is a traditional poker mode where each player plays with five cards covered. Most fans of this table game know this modality, but it is rarely used.

It is usually played with five cards covered and two betting rounds, plus one discard. It is called “draw ” Poker because it refers to the discarding phase of the game where a different new play is drawn by cards that may have been discarded.